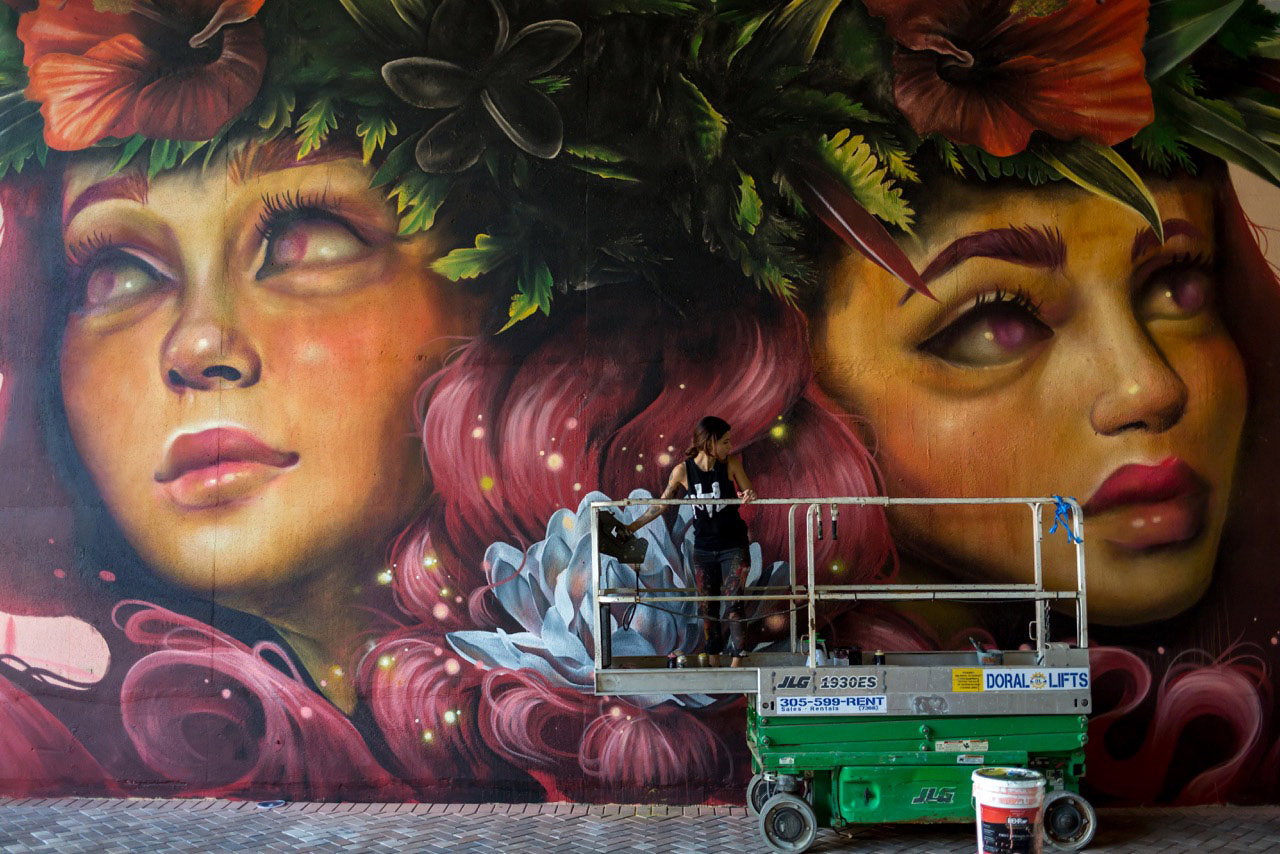 Our friends, artists Kamea Hadar and Tatiana (Tati) Suarez, just finished a beautiful mural on a drawbridge over the Miami River. This piece, created in collaboration with Olukai, marks the launch of Dredge Arts, a public arts initiative bringing revitalization to the historic Miami river. Tati was one of the first local Miami artists to be featured in the Goldman family’s famed Wynwood Walls this year, and felt it was important for her to also give love to other parts of Miami.

The figures are wearing a traditional Haku lei with flowers from both Hawaii and Miami. The lotus flower in the middle is symbolic of the Brazilian legend of Vitoria Regia and is dedicated to Tati’s cousin who recently drowned.
“The legend is about a girl who wanted to touch the moon. She reached for the moon’s reflection in the water, fell in and never emerged. The moon felt pity for the girl, turning her into the flower that blooms beautifully during the moonlight. The Lotus is dedicated to my cousin. She herself was an artist and a beautiful human being who embodied all the same principles of Aloha.”
More images of the collaborative mural below. 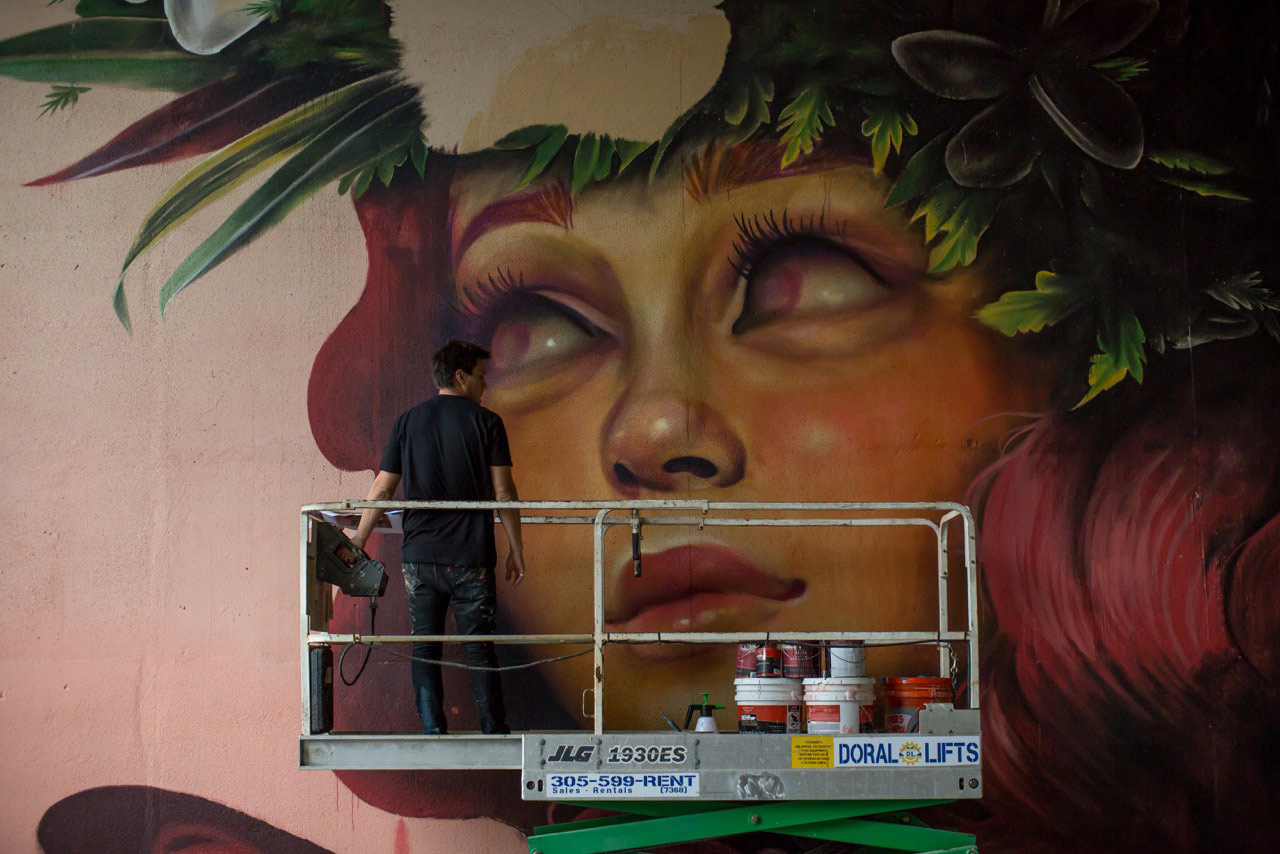 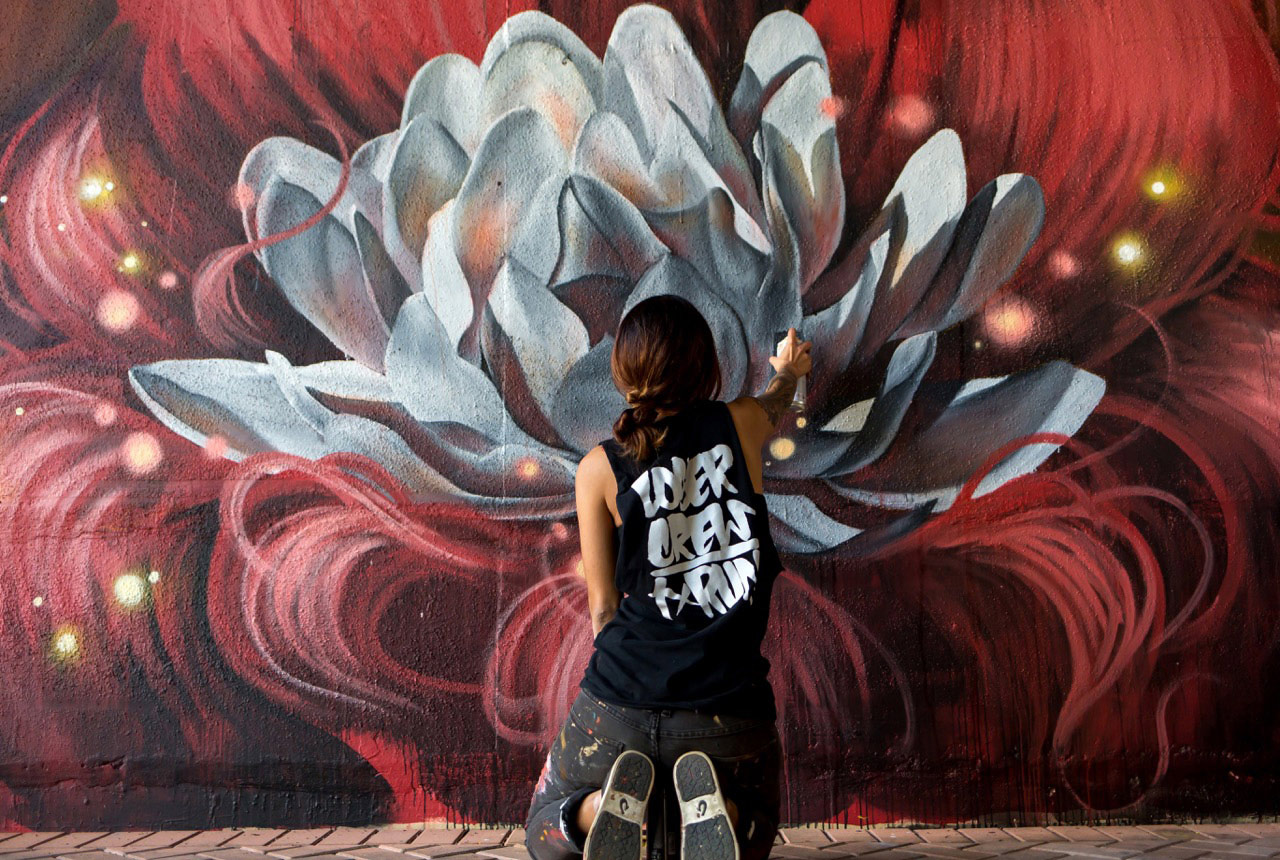 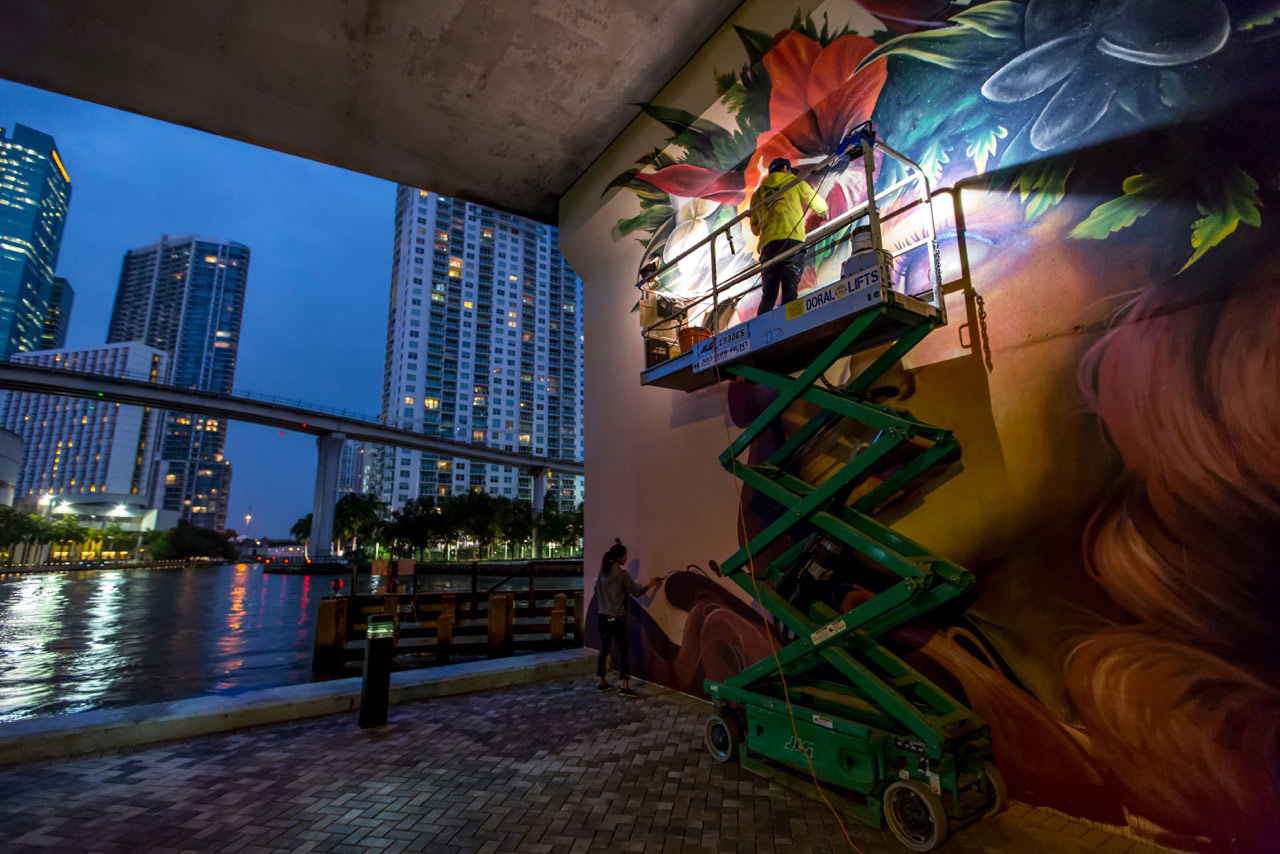 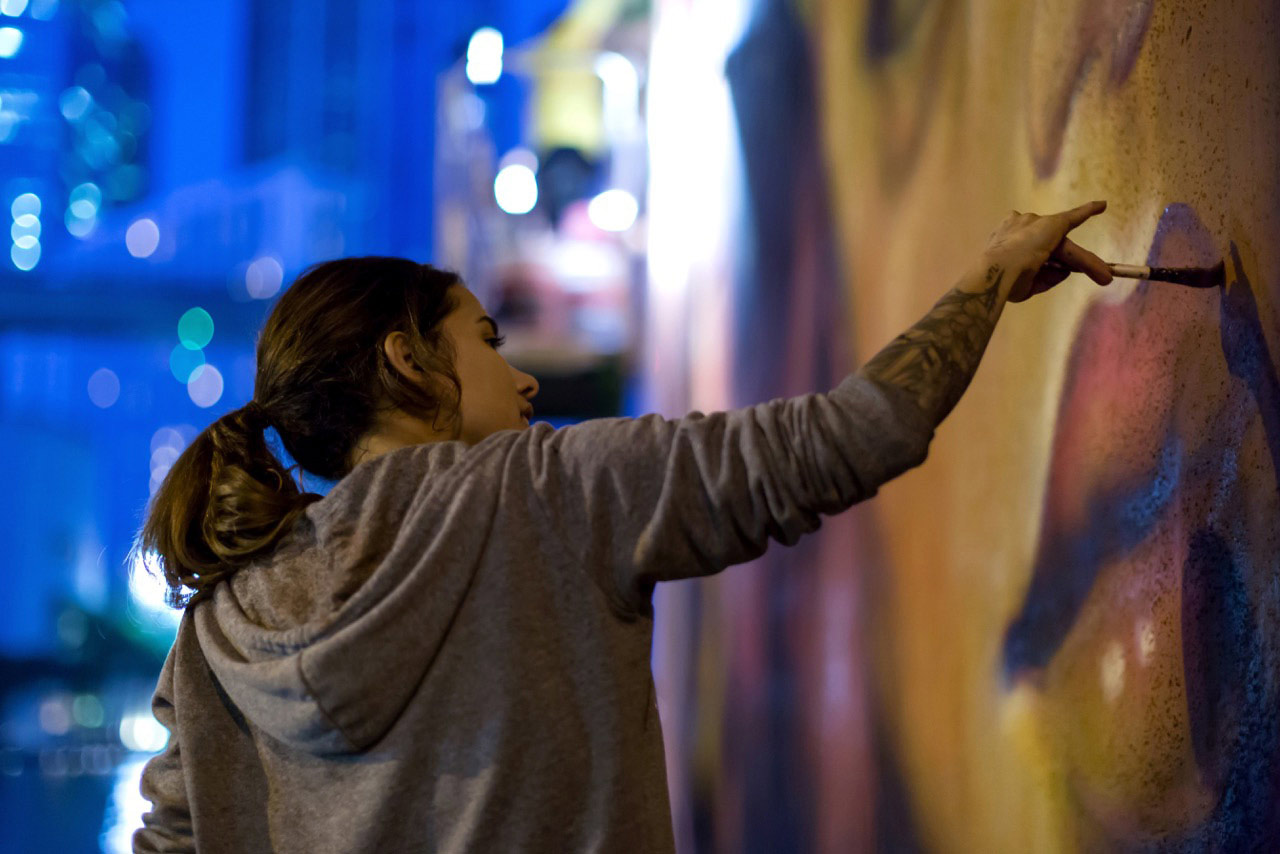 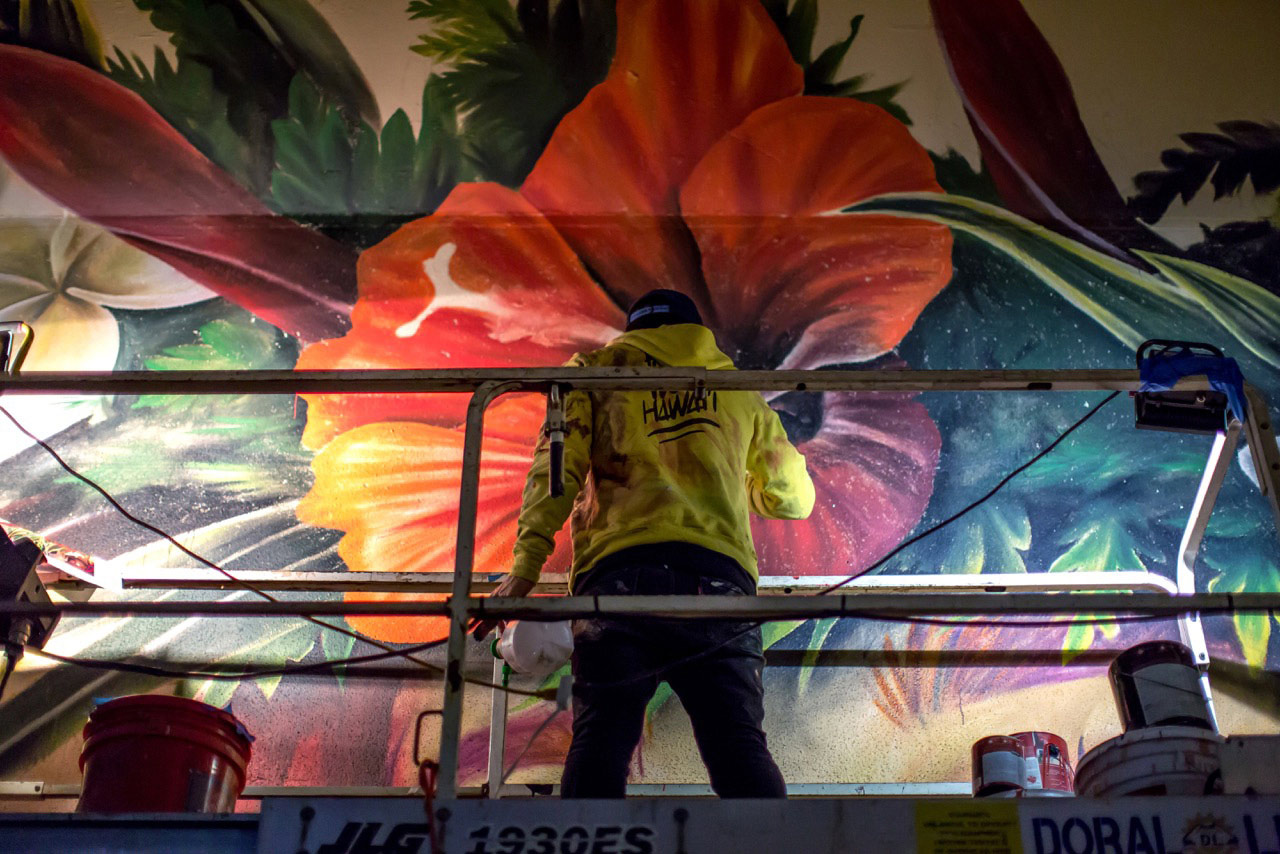 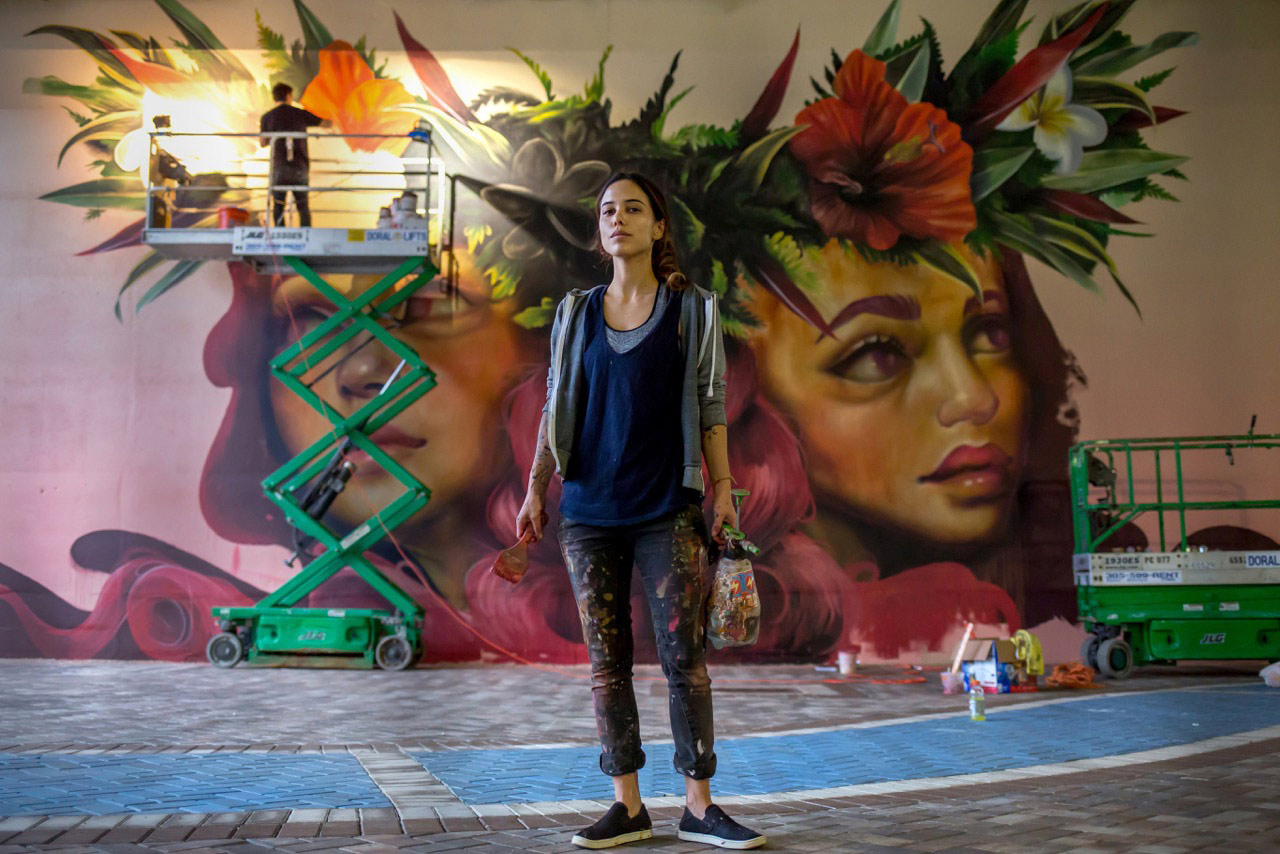 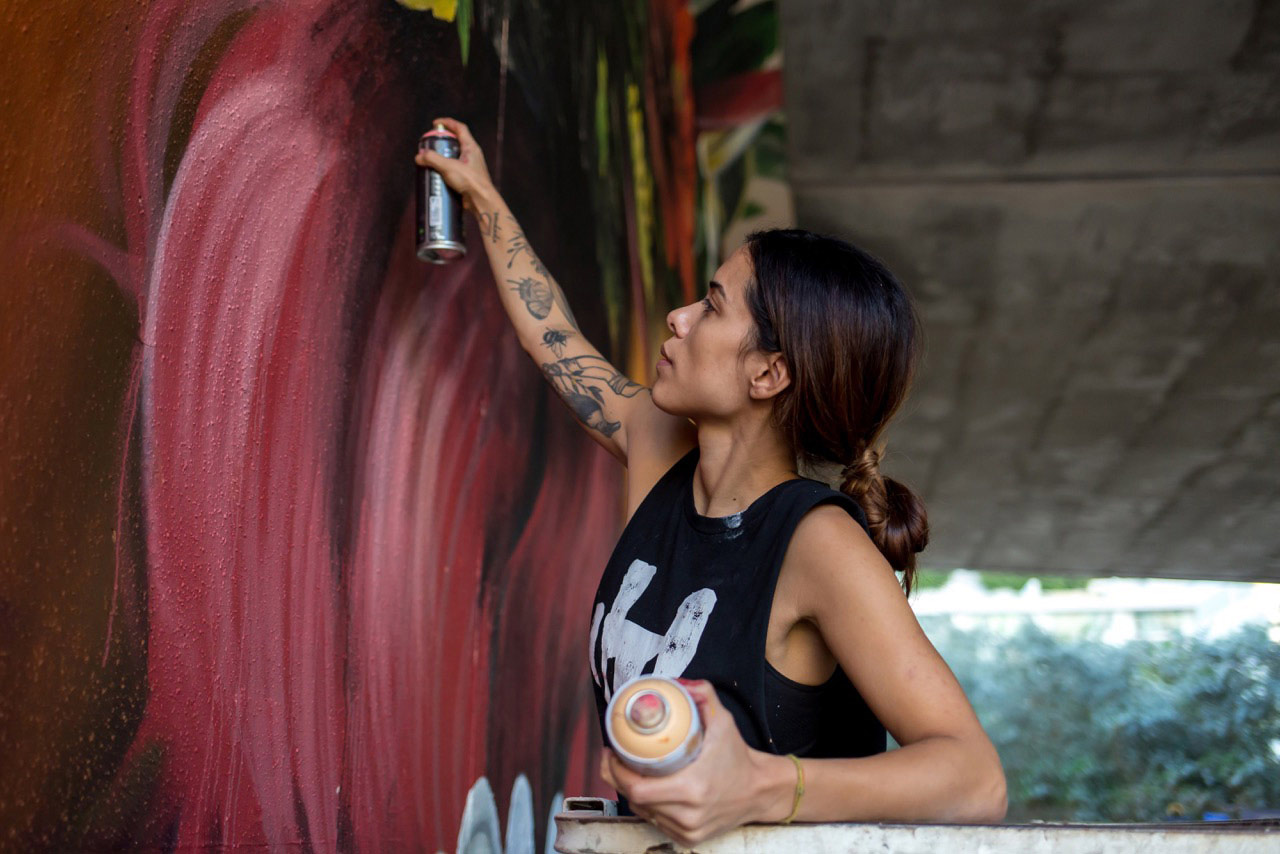 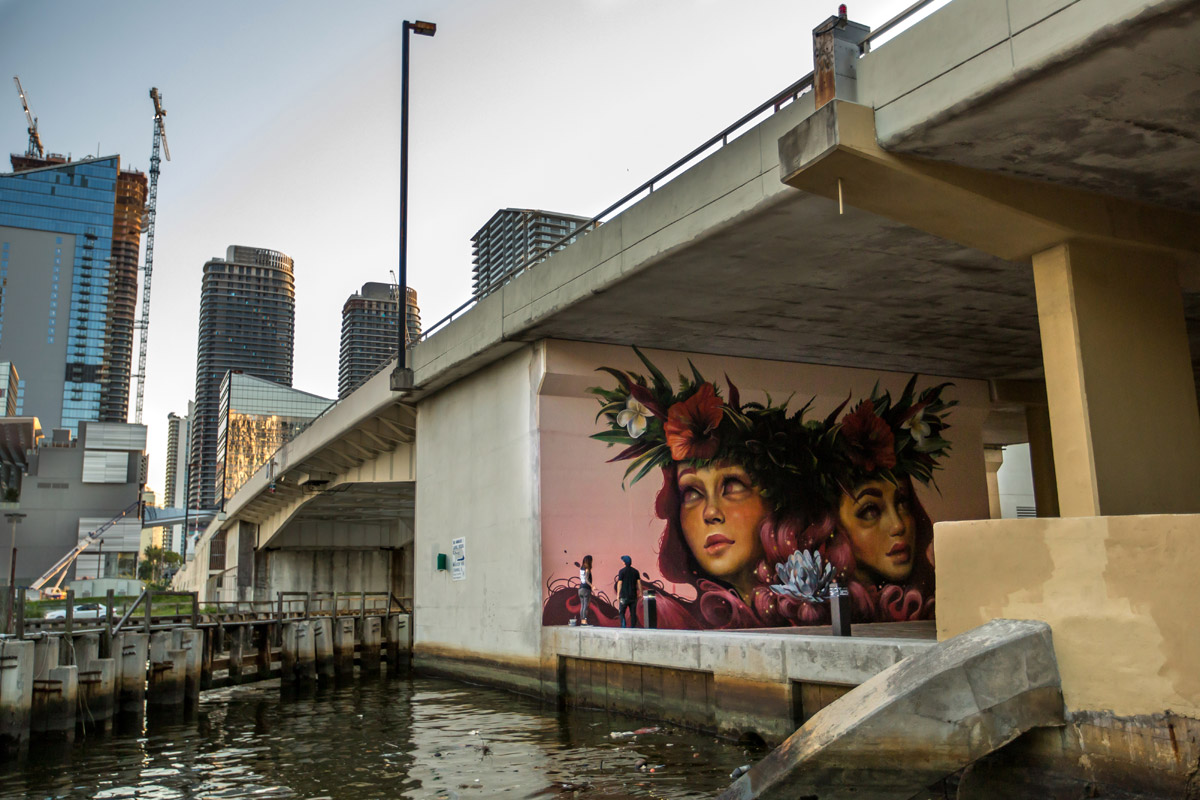 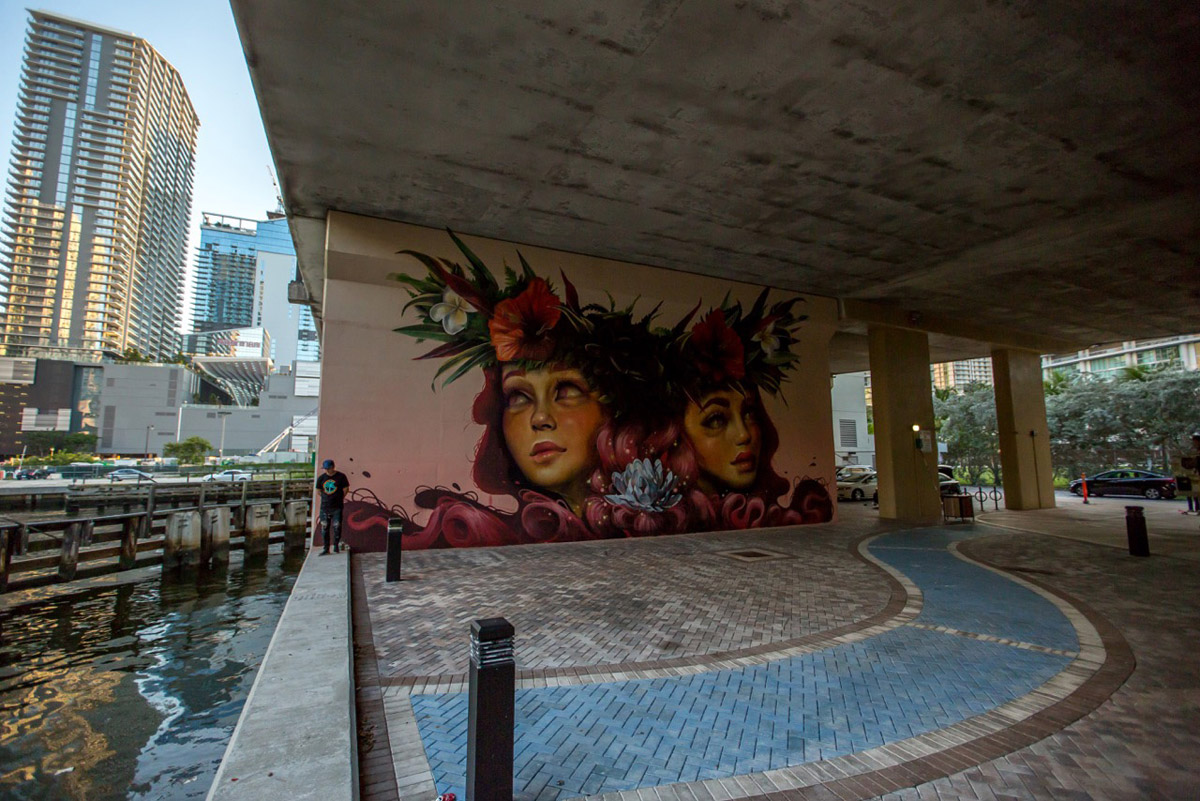 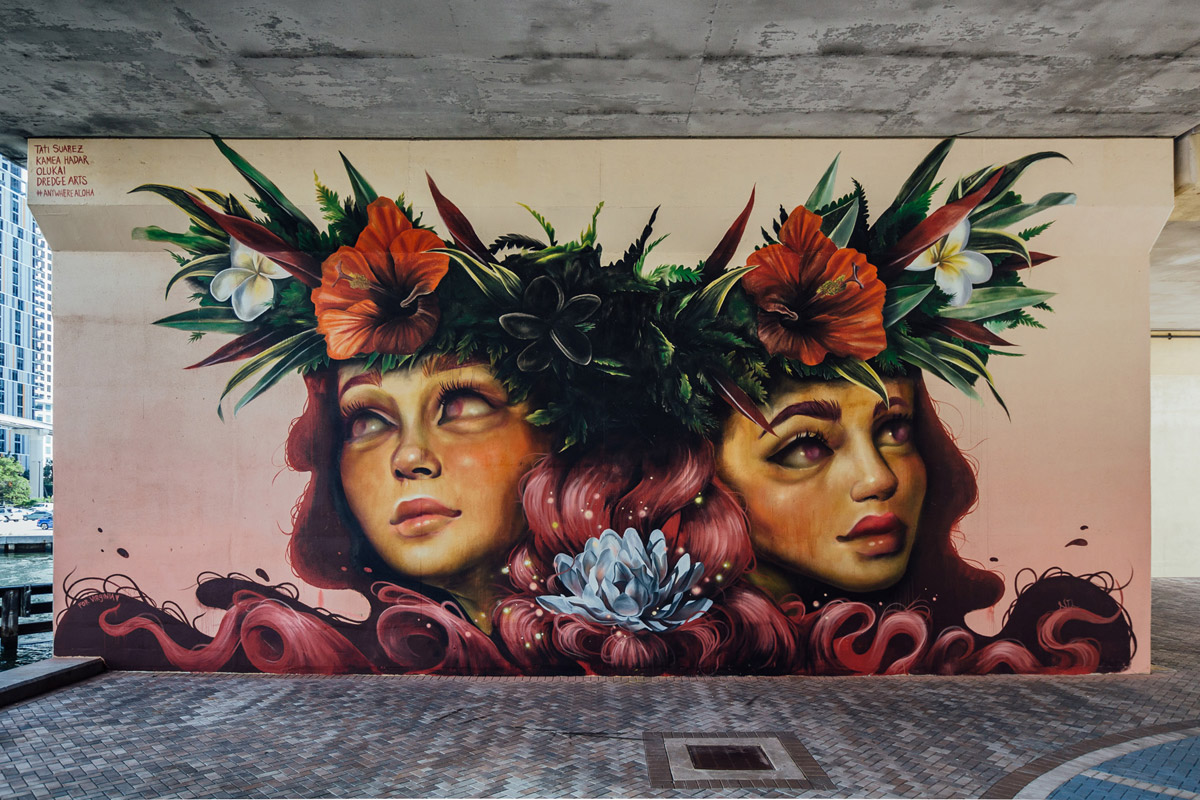 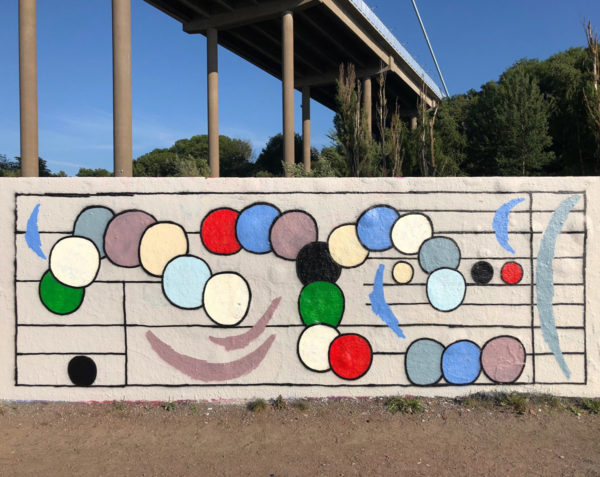