Almost immediately after artist David Choe completed his giant mural on New York City’s famed Bowery wall (located at the corner of Houston Street and Bowery), the artwork was defaced. 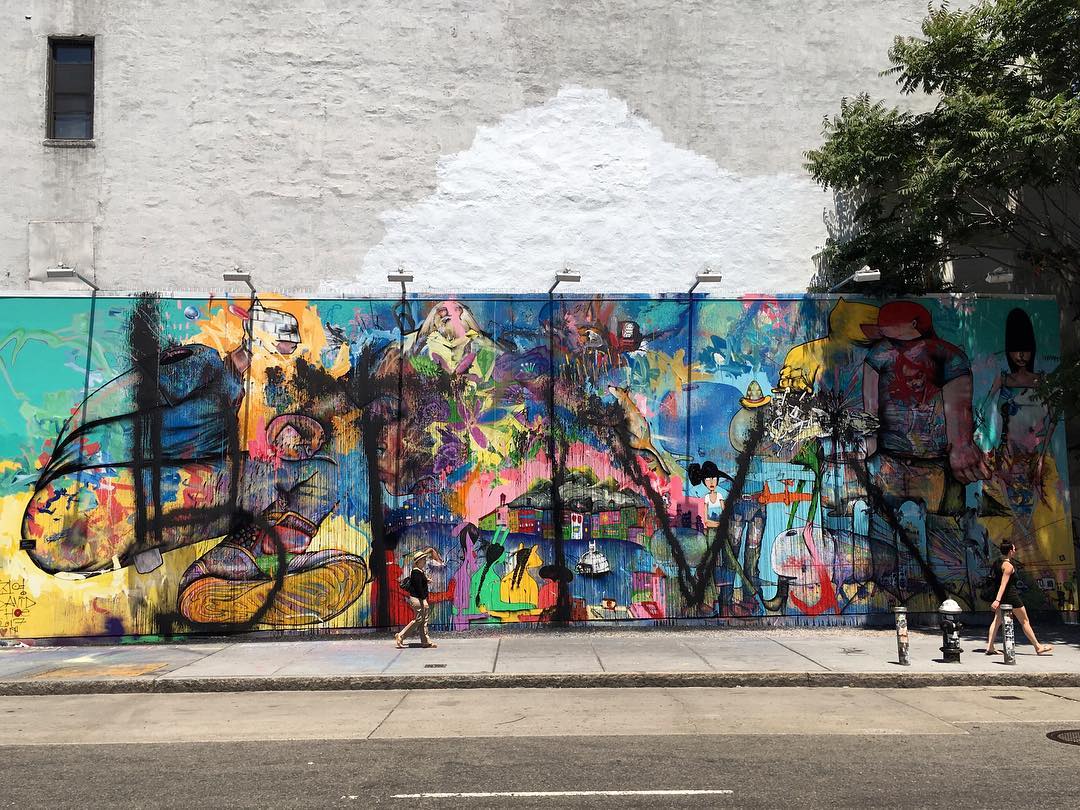 Goldman Global Arts, curators of the Bowery wall, made a very controversial decision to select David Choe for the wall despite his bragging about predatory sexual behaviour on his own podcast a few years ago (if you’re unaware:  *it appears this article has been removed). Last week Hyperallergic wrote about the Bowery mural and its part in the normalisation of rape culture.

Last week, someone sprayed the word “rapist” over a small section of the mural, then a couple days ago, giant black letters “BTM” were sprayed across it using a fire extinguisher by a member of the Big Time Mafia crew. Katsu, a BTM crew member, posted this video:

Big Time Mafia has now tagged the mural a second time, and the mural has been tarped. Goldman Global Arts has yet to make a statement.