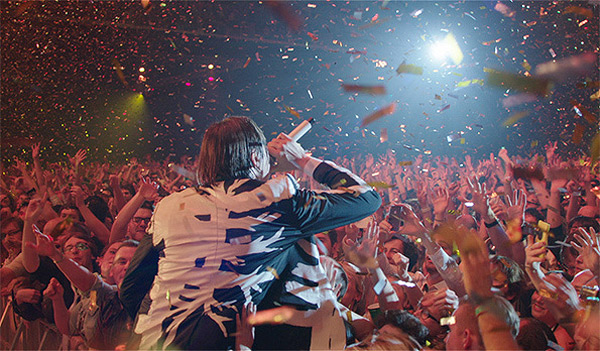 Arcade Fire is releasing a full-length feature film on the making of their album, Reflektor, on September 24th. The Reflektor Tapes is directed by Kahlil Joseph, whose previous work with artists like Kendrick Lamar and Flying Lotus garnered critical acclaim. The film will feature footage from Arcade Fire’s tour, impromptu gigs, trips, and recording sessions. Watch the trailer and a portion of the film below!