An ongoing series based on a trip to Seoul, South Korea in 2016 by artist Mike Ryczek (previously featured here). Using a series of photos taken by both Ryczek and his partner — a Korean adoptee — during a week-long gathering of Korean adoptees from around the world, the images were then collaged and manipulated before being translated into paint. As Ryczek states:

“They speak to my raw sensory impressions of this new environment, the emotions and ideas I imagined being projected onto it because of my own preconceptions of East Asian culture, and contemporary social issues specific to Korea that I learned about both during and after my trip.”

See more images from “Seoul” below. 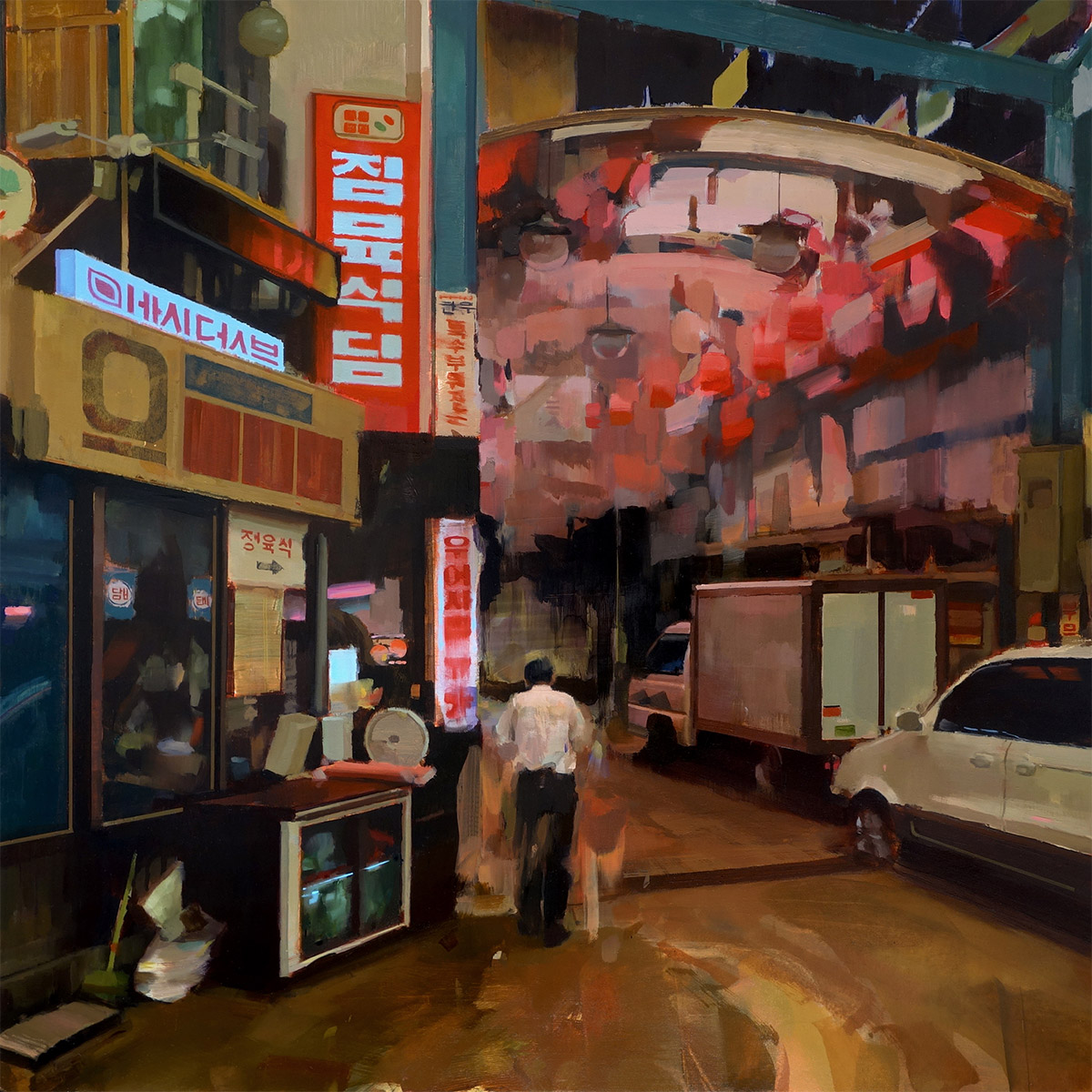 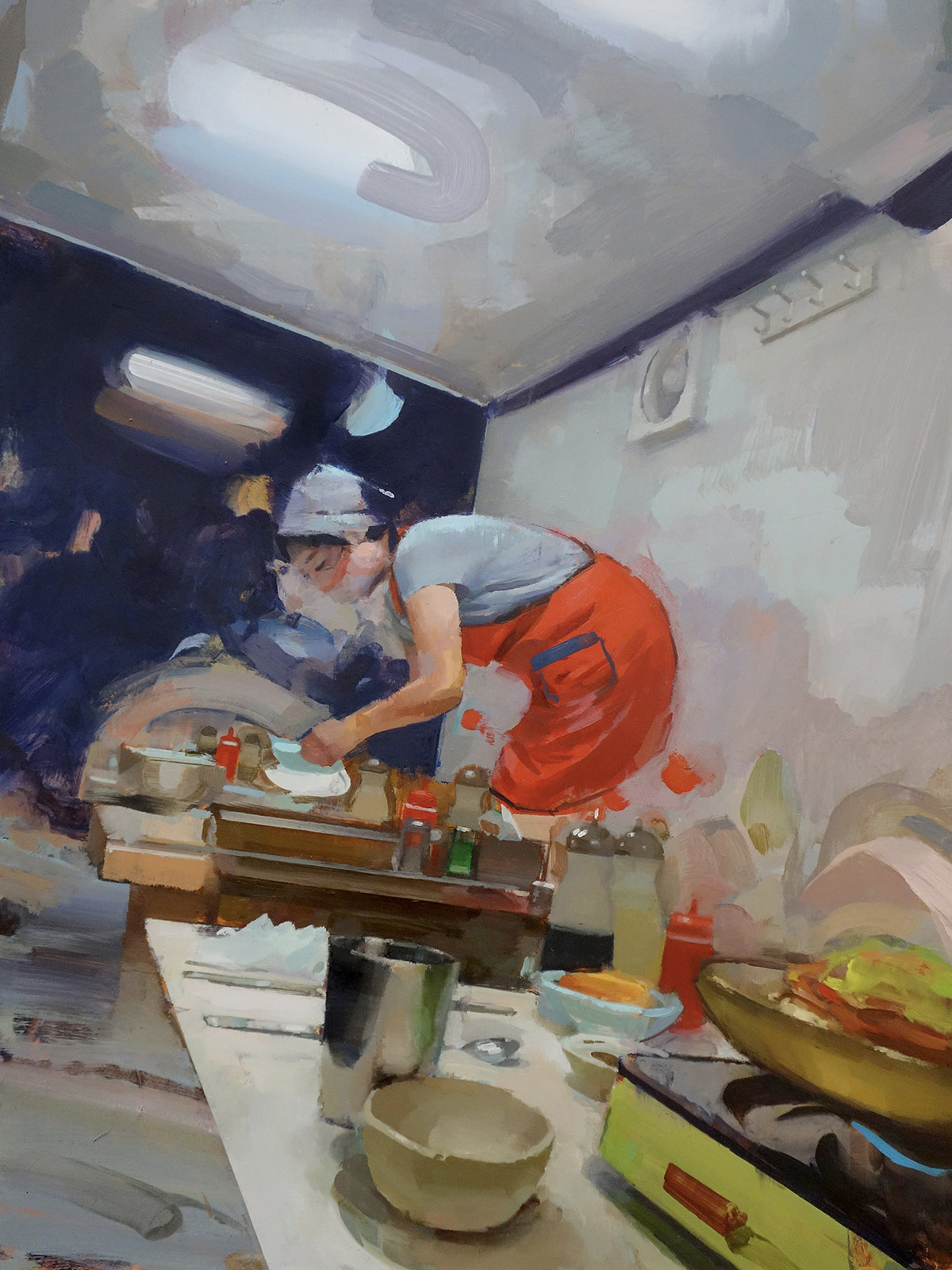 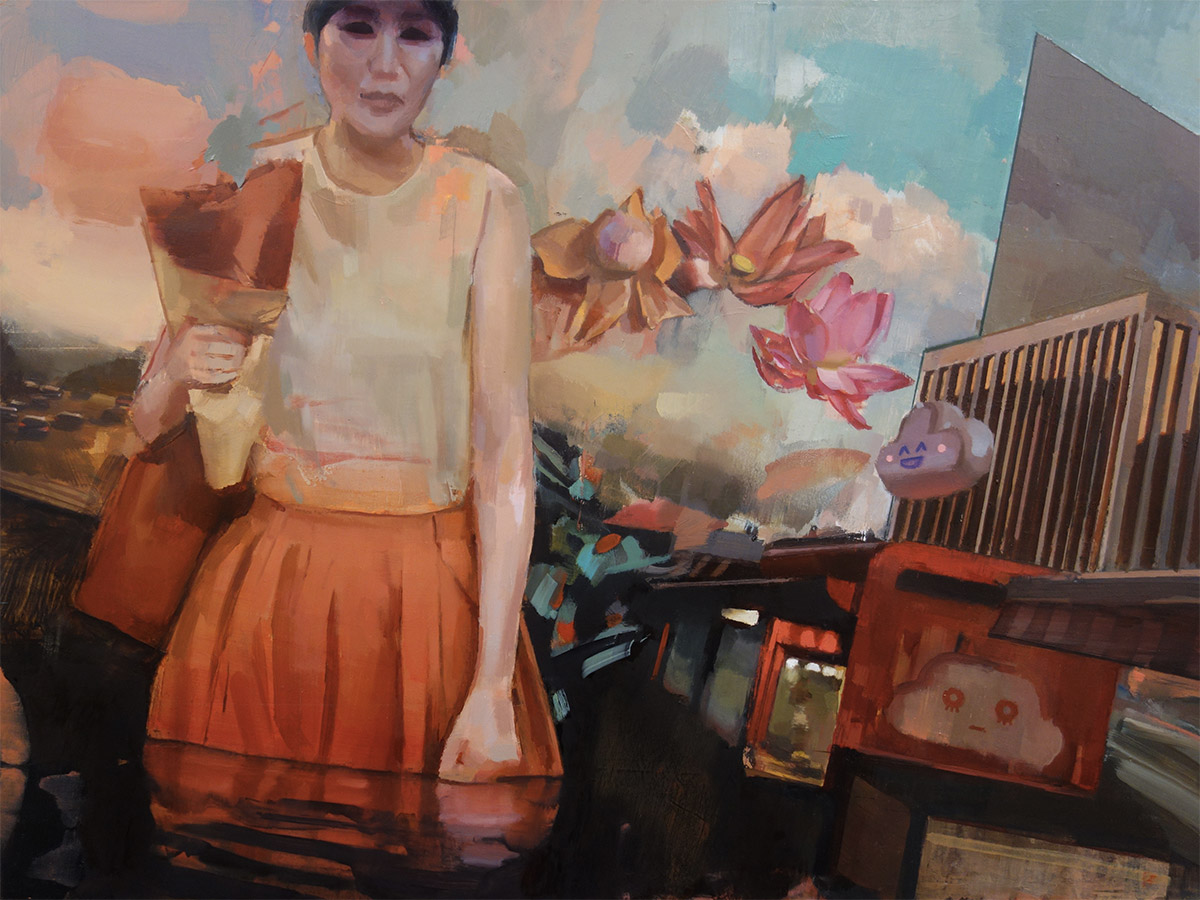 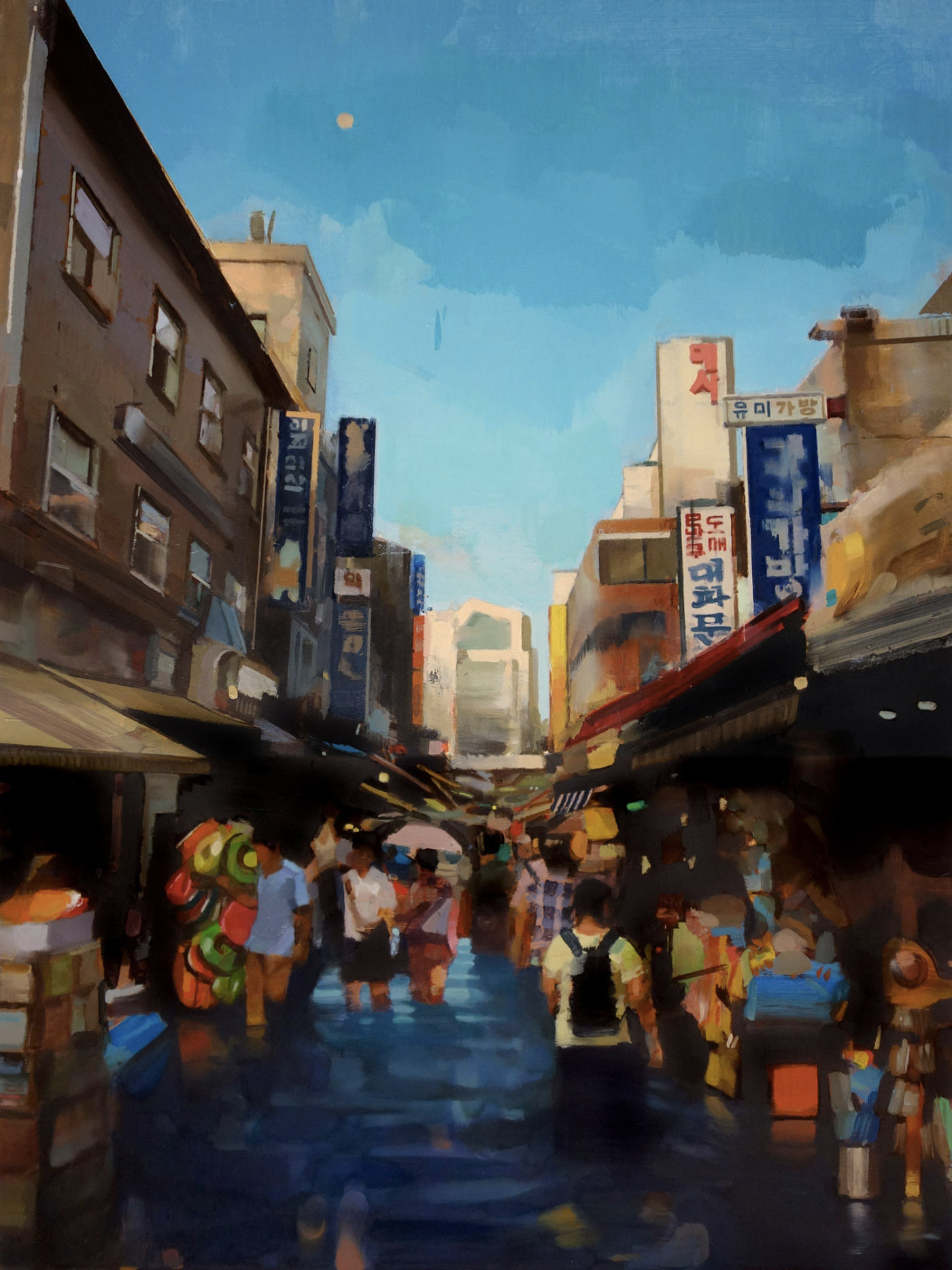 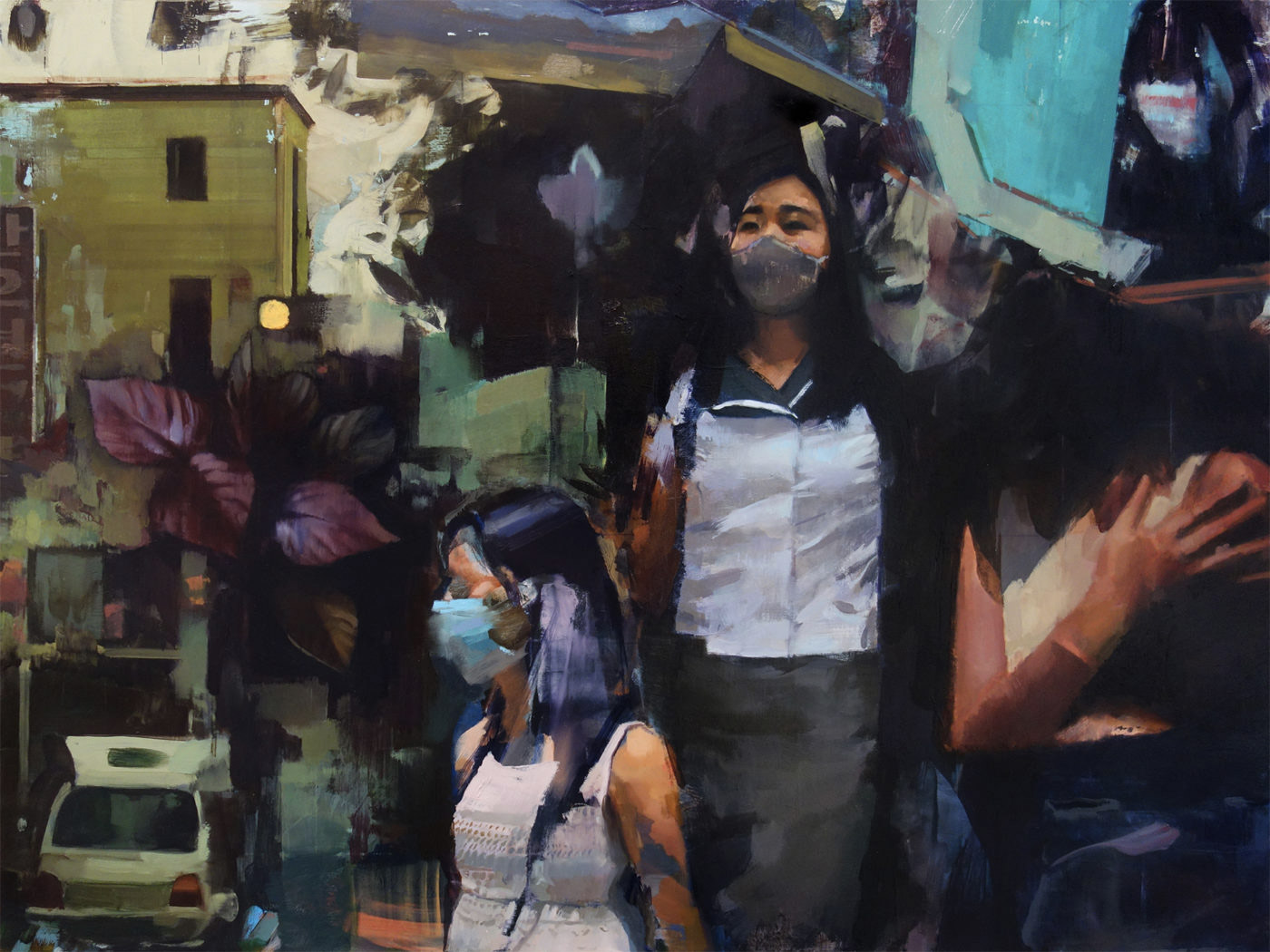